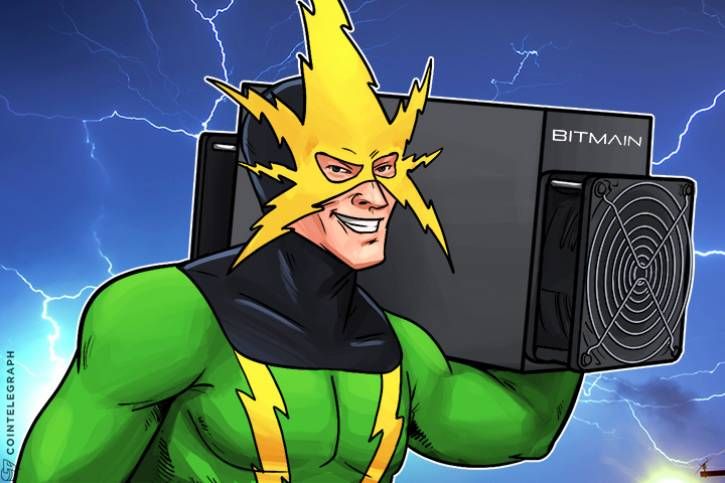 Chinese tech giant Bitmain announced that they are releasing an Ethash ASIC miner, according to a tweet April 3.

In the tweet, Bitmain says that the Antminer E3 is the “world’s most powerful and efficient EtHash ASIC miner.” The units will retail for $800 each and according to the tweet, are not available in China, nor can they be shipped to Hong Kong, Macau, or Taiwan. Orders are limited to one per person. Bitmain will only accept Bitcoin Cash (BCH) and US dollars for payment in this first batch of units.

We are pleased to announce the Antminer E3, world’s most powerful and efficient EtHash ASIC miner.
Ordering limit of one miner per user and not available in China.
Limited stock, order here now: https://t.co/Zfw3afjJHs#antminerE3 pic.twitter.com/SjHu2eUThp

This release of new mining hardware from Bitmain confirms rumors circulating in the crypto community that Bitmain would soon develop an Ethash ASIC miner. Ethash is the Proof-of-Work (PoW) hashing algorithm used by Ethereum (ETH) and a variety of other altcoins.

As Cointelegraph reported yesterday, some in the Ethereum community suggested the possibility of a hard fork in the ETH protocol to invalidate ETH ASICs. Ethereum founder Vitalik Buterin suggests the protocol is already resistant to mining centralization in the Ethereum White Paper:

“First, Ethereum contracts can include any kind of computation, so an Ethereum ASIC would essentially be an ASIC for general computation – ie. a better CPU… [The algorithm] allows anyone to “poison the well”, by introducing a large number of contracts into the Blockchain specifically designed to stymie certain ASICs.”

Bitmain surpassed the US GPU manufacturer Nvidia in terms of overall profits in 2017, earning an estimated $3-4 bln and taking 70-80 percent of the market for Bitcoin (BTC) miners and ASICs.